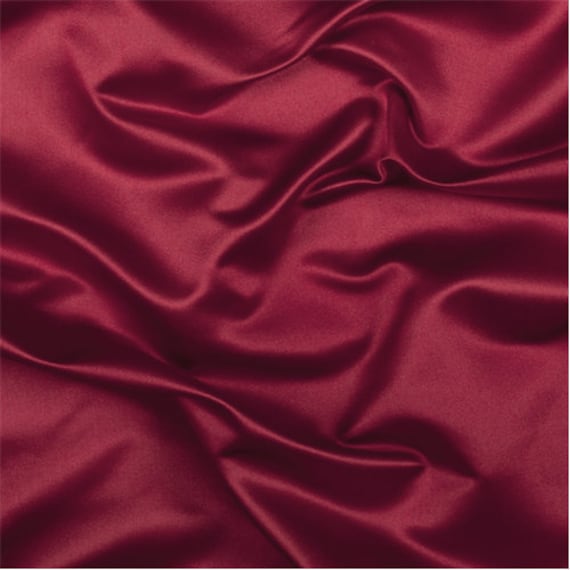 Today, she decided to try on the mauve cotton suit. It complemented her frame beautifully and brought out the depth of her eyes. Innocently, she went about her way when alas, the seams ripped open. Just like the other time, when her black denim jacket unraveling at the shoulders.

Her friend had been facing a similar problem with her clothes. One day it was the yellow chiffon dress that tore down her back while some days later, it was the blue silk skirt that frayed all around the hem. It seemed that the tacks and safety pins held only for sometime until the clothes eventually fell apart, worse than ever.

No matter how many times they tried to repair their garments, change their tailors, use assorted fabrics or try out different styles, they never really held together. It was a frustrating time. It was a bitter time. It was a puzzling time.

Only a close examination made them realize that the material of their clothes had been of poor quality, handled with little care and mended without a thought. Of course, their stitching was not going to hold for long when the material itself was falling to pieces.

Just like the law can only do so much. Unless the mindset changes, no number of death penalties and rulings can make an impact on the horrifying rape and molestation cases taking place in the country. In fact, I’ll go to the extent of saying that law is just an easy way out. It is WRONG as a solution. Fear of death should not be the check-post for a criminal! The law may work for two minutes, but unless we examine and address the fabric of society’s perceptions, I do not really see an end to the number of ‘Nirbhayas’ the nation is producing.

I was recommended to detail about the work that was done during the dental camps I visited last month. I figured that by sharing, I can perhaps shed some light on a part of India that few people are aware of.

My mother, Dr Pratibha Athavale, has been conducting dental camps as a freelancer for seventeen years. This means there is no government, religious or politically driven body behind this. She ties up with different socio-voluntary organisations whose the only objective is “seva” or service. And that too in the part of the country mostly neglected. The states she has visited are mostly the seven sisters in the North-East India, home to hundreds of tribes and thousands of dialects, which are often limited since there is NO script.

Some of the tribes are relatively developed and have access (albeit broken) to power, network, education etc. On the other hand, some are still clad in loincloths and lead primitive lifestyles. The sanitation checks start from making them aware of the importance of washing their hands and mouths let alone brushing their teeth. This has led to her working with and for all sorts of people – and the takeaway is the same. We may be distinct in terms of culture and traditions but our core values are the same.

This year the camp was in Manipur covering three tribal villages and the camps were for three days in each. A little less than 1000 patients were treated in total – the treatments including scalings and extractions. Medication was provided and clinical advise was also given on a case by case basis. Needless to say, this was completely free of cost! It was amazing to see my mom in such a different light. She was super-woman! At 64, she was on her feet from 7 to 7 with cups of tea and light snacks as sustenance. She needed no fuel – she was operating on pure will and determination.

How does a dental camp work given the complexity of equipments? Well, over the years based on her experiences, Mom has put together a portable clinic complete with a dental chair, compressor, sterilizer and the other fancy stuff. A doctor by profession, she channeled her untapped engineering mind into assembling this.

A great team based in the different states ensures operational stability in the camps. These people have given up their families, their jobs and dedicated their lives completely for the upliftment of these tribes. While the impact at the ground level happens in oral health, another subtle yet powerful turn takes place in the minds of the people. There is a human connect happening with these tribes that has never happened before or has always been at a very base level. This medium starts a dialogue which can further progress into a potential road to bring them into mainstream society!

I was lucky to be a part of this movement for sometime and tried to make a small difference. After a long time, I came back with a sense of community! It’s a good feeling alright.

 Do let me know if you have more questions or wish to support the different initiatives taking place for the North-East states.

Taken at Keithelmanbi Village, Manipur. It was amazing to see how easily people popped over at each other’s houses unannounced and always be greeted with a warm welcome. When was the last time any of us just decided to visit someone and did not call or plan ahead?

I nominate Moushmi for this challenge. My run of good health came to an abrupt end a few of weeks back and I have been in and out of the hospital. The recovery is on but I have been left with a barely functioning right-hand that bemoans at the thought of heavy movement (Blame those IV injections). The thought of typing is painful but today is my blog's third birthday and of course, I wanted to butt in and wave a hello with my left hand!

And also leave something to ponder that has been doing rounds in my head.

This happened to me at the pathology lab I frequented for my medical tests. It was still very early in the morning, and particularly rainy – only a handful of us sleepily making our way pricks and pees. I was as far from dwelling on ageing as I peed in the cup as I am to landing on Mars, but I did!

The lowdown of what happened –

There was a lady, a very old lady seemingly unaccompanied who was there to take some tests.

She had to enter her details in the system before they could take her blood. It seemed that she was a little short of hearing, so they asked her for her details, ever so slowly – repeating every key word. Her answers were apologetic and laced with regret as she asked them to repeat their questions, visibly fretting over the "inconvenience" she was causing.

When I looked around the room, every person wore the same gentle, patronizing smile. The lab guys also somehow assumed that she will not know what a cellphone is let alone remember the number, and proceeded to mansplain it. They also preferred to overlook her remarks at the tests she had to take and just refer to the prescription.

Because she was old, and frail and apologetic?

She was impaired of hearing, but she was evidently of sound mind! Her answers were crisp and clear, her command on the language clearly showed that she was well-informed. But yet she was denied of this control and the basic level of respect. Worst part is that she probably constitutes the majority – almost all old people I have met look at themselves as an inconvenience!

It has never hit me so squarely as it hit me that day – of the constant babying of older people. And I doubt we realize we are doing it – we stay in the delusion of being understanding and helpful. But on the flipside, I know for a fact that if anyone speaks to me like that, it will be an incessant blow to my dignity. It's a casual ageism that I need to contain next time I speak to anyone elderly – especially my grandma.

Thoughts? I apologize in advance for not giving a prompt reply – my hand will take a while to recover.