It will always be about you and you alone,

However extensive, immersive and convoluted the path maybe

In the end, only you can face the song of your salvation.

A journey that has twisted and broken the bones,

Before spitting you out into the wild

Demands a resolution that only you can surface.

Time has come to confront your destination,

To leave behind all traces of society and civilization

To embrace an old friend you stopped running from.

After a long time, joining the Thursday writephoto prompt at Sue’s

The wounds sneak up slowly.

The blade and the belt catch you unaware,

On the precipice of the cliff

And the free fall into the churning tides.

You don’t recognize the relief you seek.

Is it from the intense sting of your welts?

Or from the powerful current you can never take on?

Or from the pointed rocks that tempt you to end it all…. 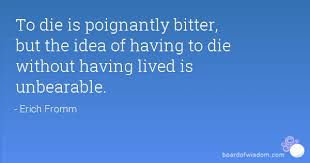 I was dreaming of a ship, or perhaps a raft in disguise.

My eyes never looked up, my vision stayed tunneled in.

So focused on the horizon, I forgot to look beyond.

I was scared of getting lost, so I held tight to my spot.

I wasn’t the captain, or the passenger.

Nor an engineer, or even a wage worker.

I could have been a ballast to keep the balance.

But when they found me from the shipwreck,

I was written off as dead weight.

No memories of the oceans sailed remain,

The course of the journey unknown.

Left without a base to build on, there was no future to look.

When the quest for survival takes over the living,

Thankless was the death that refused to relieve.

Ever felt so stifled by a life jacket?

That the one thing keeping you afloat,

is also the hand choking you.

It compresses your lungs, on and on,

until you cannot scream or draw in a breath.

Your hands itch to scratch and tear free

the suffocating grasp of the jacket.

You are ready to chance drowning

just to take one fervent gulp of pure air.

Darkness and silence of the void beckons more

than the ringing of your conscience,

than the shine of the blinding sun,

than the last fire of burning lungs.

This post isn’t just restricted to cannibals. Everyone is welcome!

So I am a vegetarian by choice and I get this a lot – “WHY?!?!”  It is somehow unfathomable to most non-vegetarians that I do not have meat, poultry, fish out of choice and not religious or medical compulsions.

I am not sure if I have ever consumed non-veg as a kid; but in my memory I know I consciously avoided non-veg food around the age of six. It wasn’t because I did not like it I think (I remember the mouth-watering smell of butter chicken that my family devours) but when I had my “Oh! This came from something that trotted and chirped with their family” moment. After that, the doors were firmly shut to the sumptuous delights of non-vegetarian food.

People have risen to the challenge of converting me and poof! They have failed miserably. I accidentally bit into a chicken piece about three years back and believe me, I started crying in the cafeteria with tens of other students looking accusingly at my oh-so-terrible friends for making me cry (Thankfully, only a few realized the real reason behind my outburst). I don’t mind people around me wolfing down their chicken and pork and crab or whatever strikes their fancy. I am cool as long as the same oil was not used for my food. I have also adjusted well to having to share MY food while I cannot even sample the tiniest of bite from my friends’ plates *fixing my angelic halo awkwardly*

However, there was this one time when I was put into a spot – in the Ethics & Governance classroom! We were discussing a case where a group of miners stuck in the cave for three weeks killed and ate a fellow to survive while patiently waiting to be rescued – perhaps not quite patiently. It is based on the true story of a shipwreck where these guys on the lifeboat kill one man and eat him to survive. Then they were all convicted of murder.

The professor questioned that if we were faced in such a situation, would we give in to the primal human instinct of survival and eat human meat or would we refrain? He then specifically directed it towards the vegetarians and asked us. Some said that they might while some of us stated that we honestly could not say. We felt that we wouldn’t eat but hey! If it came to survival… there really is no saying of what one would do. Then the professor twisted the question and asked pointing at me, “Would you eat her if it came to your survival? Someone you know and are close to.” Although this turned into a joke as someone said, “No use. She is too tiny to satisfy our hunger.” Till date, I do not know whether I should have been happy that they won’t eat me or annoyed because they believe I won’t satisfy their appetites 😐

As for me, I mainly decide my eating through my nose. So who knows… If you smell great? *arches eyebrows wickedly*

What makes you a vegetarian/eggetarian/non-vegetarian? Bare it all. Even if you are okay with eating a fellow human. This is all just contemplation!

P.S. I hope you enjoyed the chocolate 🙂